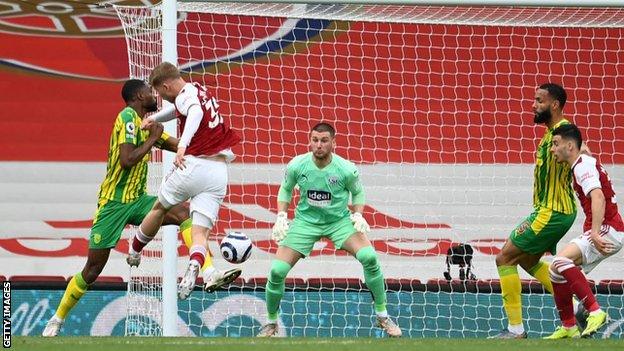 Arsenal beat and knock out West Brom from the Premier League

West Brom have been relegated from the Premier League and from next season will compete in the second division of English football, the Championship, after losing 2: 1 to Arsenal on Sunday.

Smith Rowe, Nicolas Pepe and Willian scored at the Emirates Stadium for Arsenal victory, with Matheus Pereira scoring the consolation goal for the visitors.

West Brom will join Sheffield United as the second club to drop out of the Premier League this season.

Sam Allerdyc’s team has recorded just five wins in 35 games so far and is penultimate with 26 points.

Meanwhile, with this victory, Arsenal rises to ninth position with 52 points.

Mikel Arteta’s team has lost hope and chances of qualifying for the Champions League, but there is still a chance for a place in the Europa League, as it is only four points behind seventh-placed Tottenham.