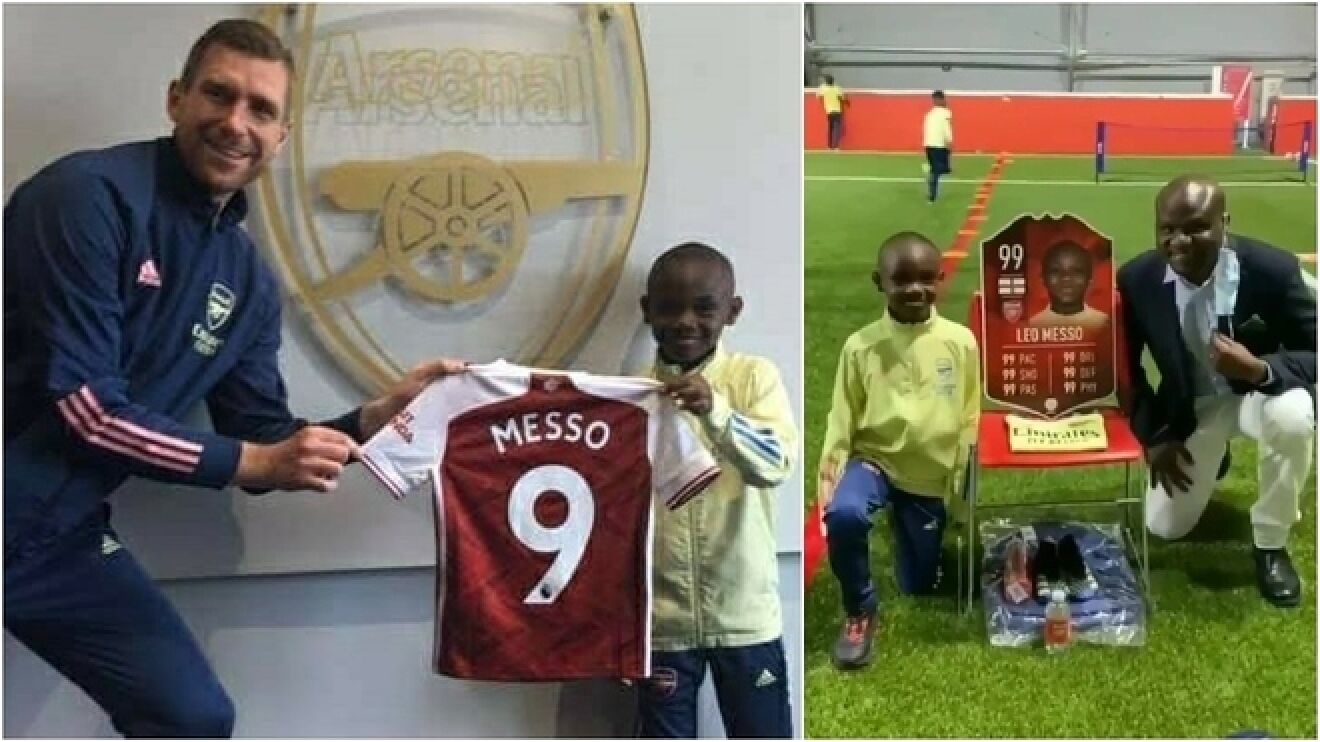 The talented 10-year-old will join the Gunners Academy in London.

While the future of Leonel Messi has not yet been decided, the future of 10-year-old talent Leo Messo is being decided and it has been confirmed that she will be at Arsenal, with the Gunners formalizing his transfer on Thursday evening.

The talented youngster started training initially with the new West Ham United squad but will now join the Gunners Academy from the 2021/22 season.

He was born in Kenya, but Messo is considered one of the best young talents he can present to his nation, even though he qualifies to play for England as well.

Messo has already been photographed wearing the Arsenal shirt, wearing the number 9 in the offices of the Arsenal club, but usually with young people of this age it is too early to ascertain his success or failure.

Messo is expected to face the difficult years as a teenager and the physical development of his body, during the time he will be training at the Arsenal academy.