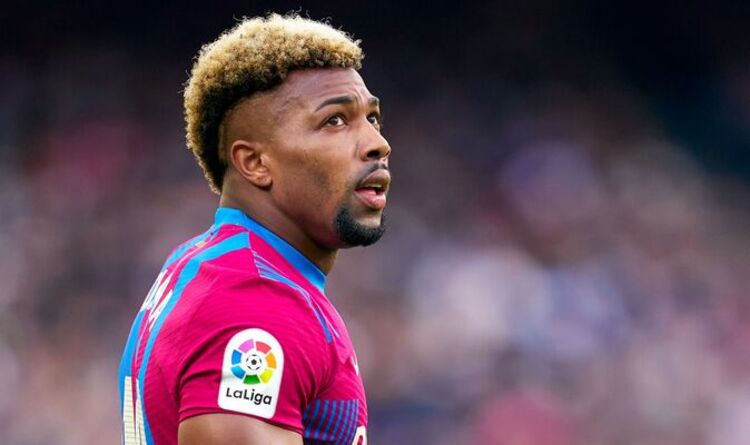 Barcelona may not afford the permanent transfer of Adama

The possible move of Adama Traore to Barcelona could be hindered by their financial situation, admitted the president of the club Joan Laporta.

The winger has impressed since joining on loan from Wolves in January and the Spanish giants are keen to activate a clause in his loan deal and make the move permanent for a sum of around €35 million.

But as reported by Athletic, Laporta admitted that arranging the finances of a transfer would be difficult.

He said: “Adama has the DNA of Barca, he is one of the best strikers in the world, he is fast. We would like Adama Traore to stay here, it is possible – but we are in a difficult financial situation. Let’s see at the end of the season.”

The Spaniard has performed well since his return to the Nou Camp, especially in his second debut against Atletico Madrid, where he played 61 minutes and provided an assist for Gavi to make the score 2-0, while Xavi’s team triumphed 4-2 .

Despite the club’s massive debt, he is said to be confident he could pull on striker Erling Haaland this summer, although it could take more than 2,500m euros in transfer fees and combined salaries to complete the deal.

The Borussia Dortmund player is expected to leave this summer, with Real Madrid and Manchester City also in contention to get him.

Barcelona is very close to the transfer of Andreas Christensen as a free player, as his contract with Chelsea expires in June.