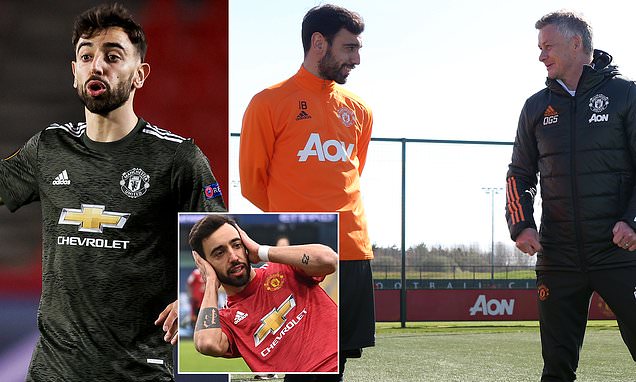 Bruno Fernandes has said he would be happy to manage Manchester United one day after leaving his career as a player.

Fernandes, 26-years-old, has been the club’s best player since joining United from Sporting Lisbon last year for an initial fee of €55 million, contributing 24 goals and 14 assists in all competitions this season.

However, the Portuguese representative has described his ambitions to become a coach after retiring and wants to prove himself at Old Trafford.

“I am trying to enjoy football. I think I want to become a coach. Honestly, I would love to be a coach. I do not know which team I would like to manage,” Bruno initially said on the club’s official website.

“Of course, the biggest team I can manage is Manchester United, I would be happy.”

“I think I would like to be a coach in the future. I’m not sure, but for what I feel about football, for the feeling I have, I think I should continue to be inside football because my whole life is about it.”

“So I think the future should be with football,” concluded the Portuguese star.