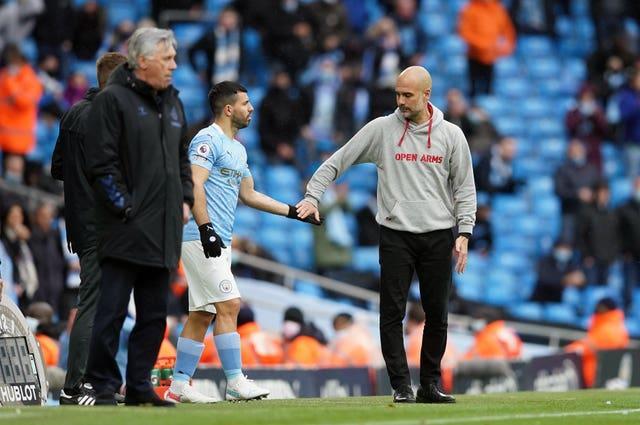 Guardiola confirms Aguero transfer to Barca: He will play alongside the best player in history

Sergio Aguero is very close to joining Barcelona from next season, according to Manchester City coach Pep Guardiola.

Aguero will leave the Etihad Stadium when his contract with the club expires this summer. The 32-year-old is leaving as a club legend and as the top scorer in City history with 260 goals in 389 games.

It is said that the Argentine striker has already reached a two-year agreement with Barcelona, ??where he would play alongside his compatriot, Lionel Messi.

This seemed to be confirmed by his current coach, Pep Guardiola, in his conference after City 5: 0 victory against Everton on the last day of the season in the Premier League.

“Maybe I can reveal a secret. Maybe he is close to reaching an agreement with the club of my heart, Barcelona,” said Guardiola.

“He will play alongside the best player in history, Messi. I’m sure he will like it. And maybe Barcelona will be stronger with him on the pitch.”

Aguero scored two goals in his last appearance at the Etihad, helping the new Premier League champions close the season in style with a convincing win over Everton.