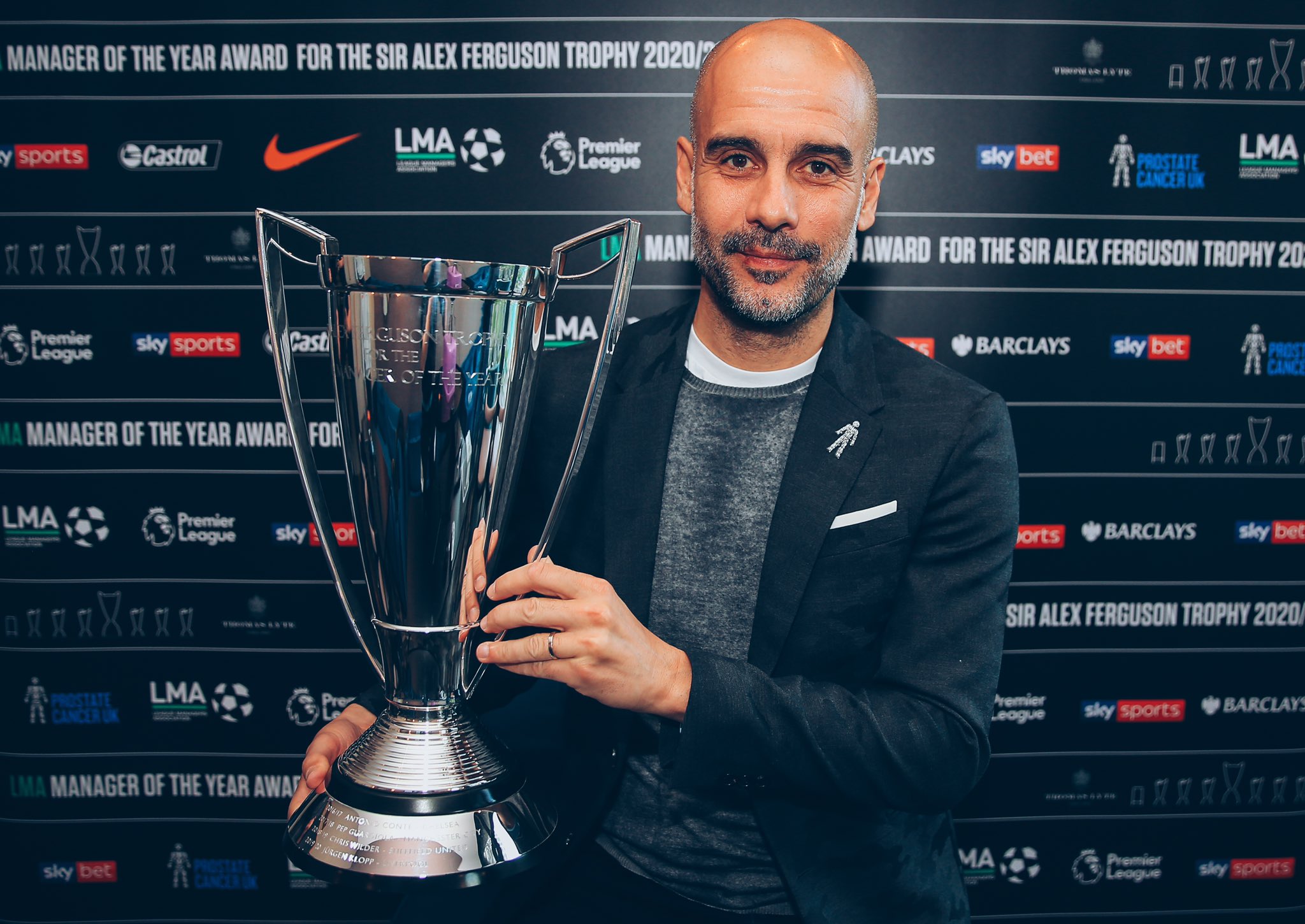 Guardiola is named Coach of the Year in England

Pep Guardiola has been voted coach of the year in England by the League Managers Association.

The English club also won the Carabao Cup and is in the final of the Champions League where they will face Chelsea on Saturday.

The other five managers in the race were Marcelo Bielsa of Leeds, Daniel Farke of Norwich, Emma Hayes of Chelsea in the women’s competition, David Moyes of West Ham and Brendan Rodgers of Leicester.