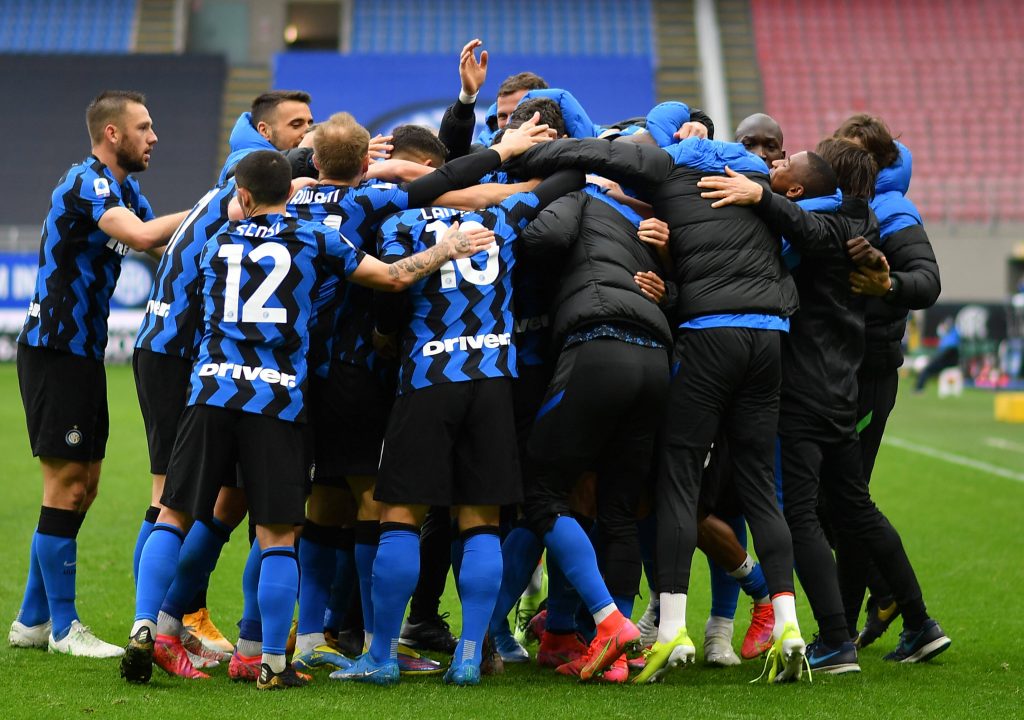 Inter could win the Serie A title this weekend

Inter will be declared the champion of Italy this weekend, if things go in favor of the Nerazzurri and according to the plan.

A crucial week for Inter starts tonight with the Lazio-Milan match, as this could help Inter win the title this weekend.

Antonio Conte’s side could secure the title with a win over Crotone on Saturday.

Inter is first in the Serie A table with 11 points more than Atalanta in second place and 13 more than Milan and Juventus in third place.

If Milan do not win six points in those two games and Atalanta draw or lose against Sassuolo on Sunday, then a win against Crotone will be enough for Inter to celebrate the title four games before the end of the championship.

This would be Inter’s first title in 11 years.