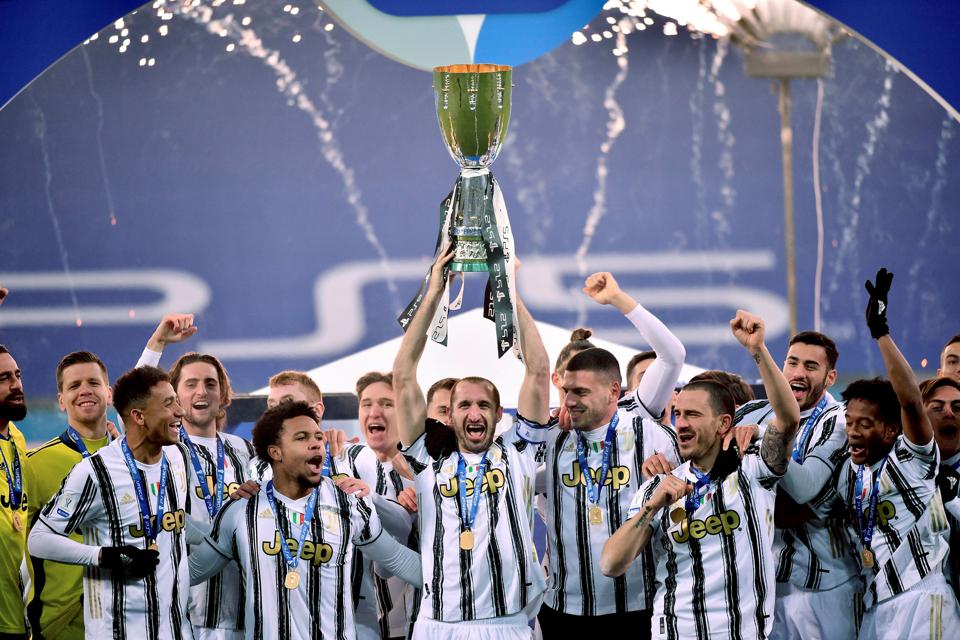 Juventus did not miss the opportunity and won the Italian Cup by beating Atalanta 1-2 in the final. Kulusevski and Chiesa scored for Juventus while the only goal for Atalanta was scored by Ruslan Malinovsky

Juventus has not finished without trophies this season. They have defeated the charming Atalanta team in the final of the Italian Cup, winning the only trophy for this year, as it is out of the race for the title in Serie A or in the Champions League.

The Whites started this match much better after constantly attacking the gate of Atalanta. However the lead goal for Juventus would come in the 31st minute of the match after a good collaboration between McKennie and Kulusevski where the latter scored a beautiful goal with his potent left.

But Atalanta get back to the game quickly. They would equalize in the 41st minute and the equalizer would come after a beautiful goal by Ruslan Malinovsky from outside the penalty area. The first half would end in a draw.

In the second half, Juventus were again the most demanding team, but Atalanta also wanted the lead goal with counterattacks. In the 73rd minute Juventus would score again. This goal was more an individual action of Frederico Chiesa who after winning a ball in defense returns and gets a good ball from Kulusevski. Faced with the goalkeeper, he scores for the goal that turned out to be the trophy goal for the ninth time champion of Italy, until this season.

Recall that Juventus could be left out of the Champions League for the new season, in case AC Milan wins against Atalanta while Juventus plays in the last round of Serie A against Bologna on May 23.