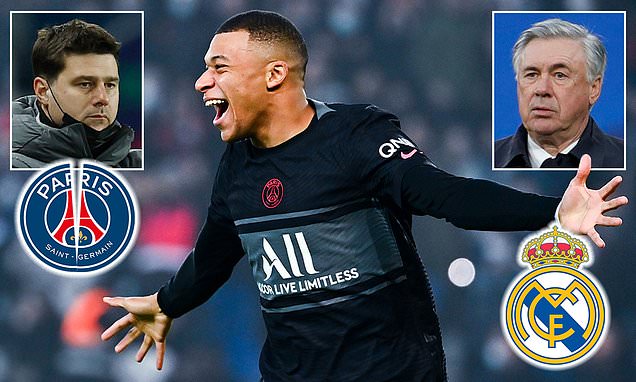 Real Madrid has reached an agreement to take Paris Saint-Germain star Kylian Mbappe for free in the summer, according to the German newspaper Bild.

Kylian Mbappe will join Real Madrid for free in the summer.

The French star’s contract with PSG expires on June 30 and this means that he is free to leave for free in the summer.

Real Madrid has made great efforts to buy Mbappe from PSG, but has so far failed due to the reluctance of the French giant to release the 23-year-old.

Last summer, PSG turned down two fat offers from Madrid, including one worth €200 million, for Mbappe, hoping to persuade him to sign a new deal with the club and extend his stay in the French capital.

But according to Bild, his move to the dream club is already a closed matter and he will join Madrid in the summer without a penny, after rejecting any offer from PSG to stay in the Princes’ Park.

Mbappe will become the highest paid player in the world, with an annual salary of 50 million euros.