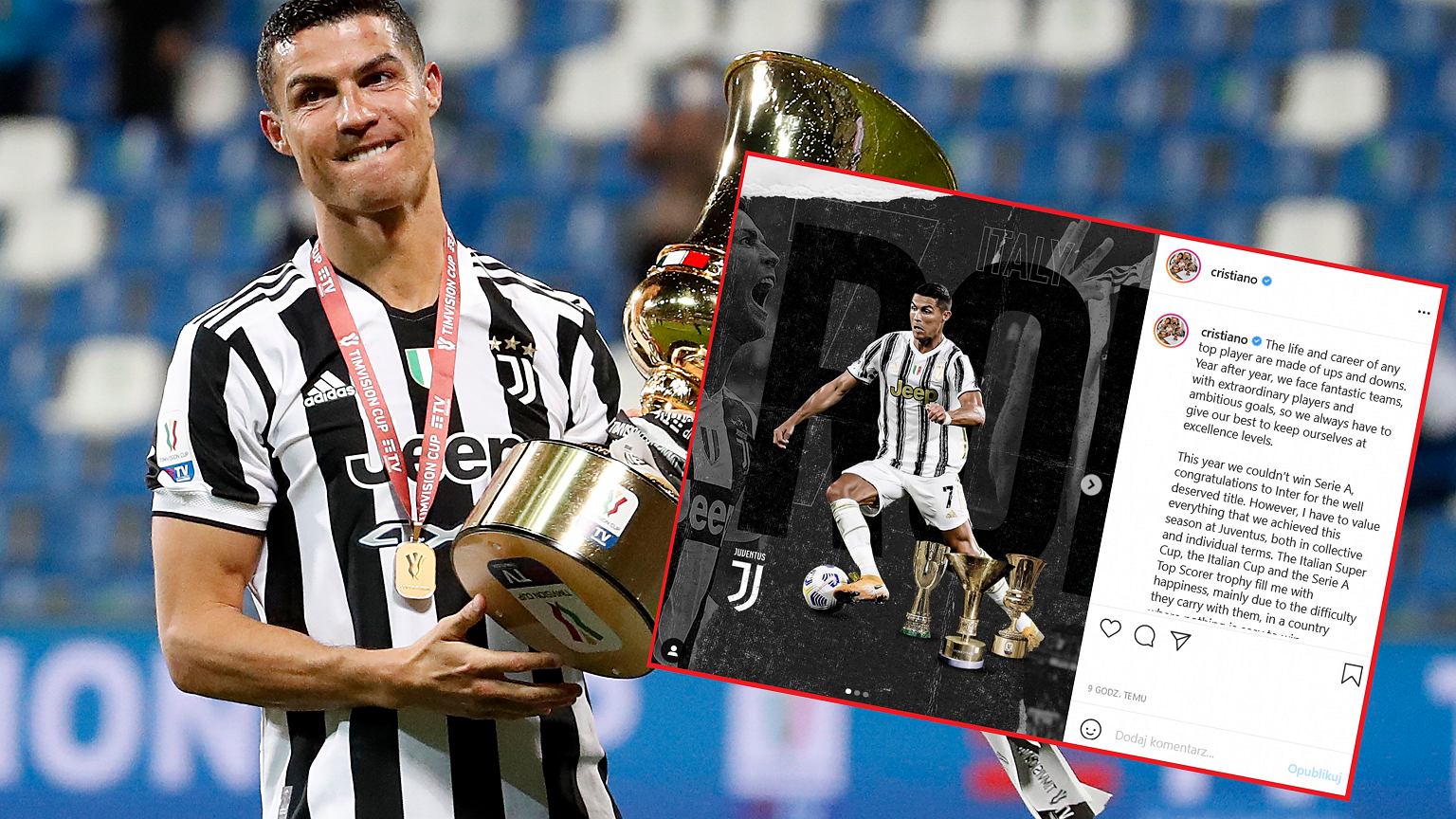 Ronaldo scares Juventus: “I won everything at Juve, thank you…”

Cristiano Ronaldo will be the topic of all media during the summer transfer window.

The Portuguese has not yet officially confirmed his stay at Juventus, while speculation continues to grow even more for a departure from the ‘Old Lady’.

Even more they have grown with the recent post of CR7, which in a way seems to mean that the era in Juve has come to an end.

CR7 preferred to post a long message on Instagram to seal the total success in Italy as well.

The life and career of every great player is accompanied by ups and downs.

Year after year we face fantastic teams, exceptional players and ambitious goals, so we always have to give everything to keep ourselves at levels of excellence.

This year, we did not manage to win Serie A, congratulations to Inter for the deserved title. I still have to appreciate everything we have achieved this season with Juventus, both collectively and individually.

The Italian Super Cup, the Italian Cup, the trophy of the best goal scorer to fill with happiness, especially for the difficulties they bring with them, in a country where nothing is easily won.

With these successes I have achieved a goal that I had set for myself from the first day I arrived in Italy: to win the Championship, the Cup and the Super Cup, but also to be the best player and the best scorer in this great game, in a country full of extraordinary players, giant clubs and a very special football culture.

I have already said that I do not follow records, it is the records that follow me. For those who do not understand what I mean, it is very simple: football is a collective game, but through overcoming ourselves we help our teams to achieve goals.

Nothing compares to the feeling that I was able to make a mark in the places where I played and that I gave joy to the fans at the clubs I represented.

It’s what I work for, it’s what pushes me I will continue to pursue it until the last day. Thank you to everyone who took part in this trip! We are together !.