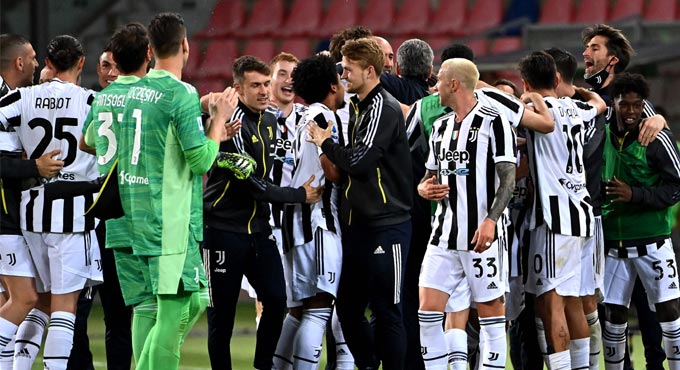 Serie A season ends: Milan and Juventus in the Champions League

Milan are back in the Champions League after a seven-year absence, with Juventus saving the season by securing last place in the Serie A race following Napoli’s last-minute failure.

The 2020/21 season in Serie A ended with Inter as champions after 11 years, Milan returning to second place in the Champions League and Atalanta and Juventus joining them in the most prestigious European competition.

Napoli failed to qualify after drawing 1: 1 with Hellas Verona.

In a fierce battle for two places in the Champions League on the last day in Serie A, Milan and Napoli came in with an advantage over Juventus, as they had one point more.

While Juventus easily defeated 4: 1 Bologna and Milan scored a magnificent 2-0 victory over Atalanta, Napoli failed to beat Verona even though they had the lead goal until the 70th minute.

Rrahmani had given Napoli the lead by scoring with a header against the former team, but an error by Elseid Hysaj enabled Davide Pharaoh to score the equalizer that left Napoli without the Champions League.

Earlier in the day, Inter celebrated the title perfectly with a deep 5: 1 victory against Udinese.

As previously known, Benevento, Crotone and Parma have dropped out of Serie A.