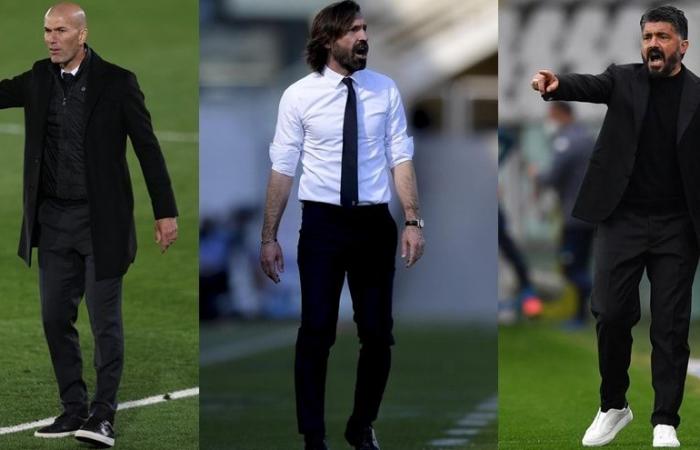 Zidane and Gattuso, the two most likely candidates to replace Pirlo at Juventus

Zinedine Zidane and Gennaro Gattuso are said to be the two most likely candidates to replace Andrea Pirlo at Juventus at the end of the season.

The former Italian midfielder could be fired regardless of Juventus’ final position in the Serie A table.

The Old Lady can not afford to lose a place in the quarterfinals, but winning a place in the Champions League is not the only condition for the ‘maestro’ stay at the club.

According to the newspaper Tuttosport, Real Madrid coach Zidane and Napoli coach Gattuso have emerged as possible candidates to replace Pirlo at the end of the season.

Zidane has long been a target of Andrea Agnelli, who wanted to hire him in 2019, before the French coach agreed to return to Real Madrid.

However, Zidane’s € 12 million-a-year salary is a hindrance to his possible return to Turin as the Old Lady is willing to cut costs due to the pandemic.

Gattuso, who is expected to leave Napoli at the end of the season, could be a more affordable coach.

His agent Jorge Mendes is on good terms with Juventus executives, a detail that could facilitate a possible deal.

The return of Massimiliano Allegri also remains in the plans of the Italian club.

But his second deal in Turin would cause Fabio Paratici and Pavel Nedved to leave the club.