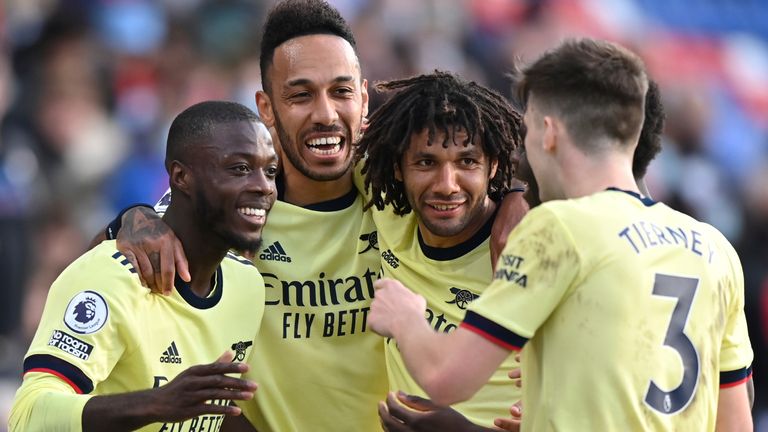 Arsenal win in the end, hope for qualification in Europe

Arsenal won at the end in the match against Crystal Palace to hope for a qualification in Europe for the new season. Pepe (35, 94) and Martinelli scored for Arsenal while for Crystal Palace, Christian Benteke.

Arsenal scored a crucial victory tonight in the trip to the London derby against Crystal Palace, to keep alive hopes for a qualification in Europe for the new season. It was an interesting match where it took extra minutes for Arsenal to win this match and have 58 points on the table.

Now, they have to win the game against Brighton & Hove Albion in the last round to move up to 6th or 7th, depending on the results of the games where West Ham, Everton and Tottenham play.

Arsenal started this match much better and risked the opponent’s gate several times. But, the goal came in the 35th minute of the match. Kieran Tierney would break through in the left side, but he tried to score. The first half would end with this goal.

In the second half, Crystal Palace were much better and managed to equalize the score. Townsend would cross in the area from the free kick and there the best in the air was Christian Benteke who scored the equalizer in the 62nd minute. After the equalizer Crystal Palace would attack a lot until after the 75th minute it was Arsenal who managed to dominate the game.

But, it took extra minutes for Arsenal to win this match to score two goals. Originally it was Martinelli who scored in the 92nd minute of the match after an assist by Martin Odegaard. The goal that ended this meeting was that of Nicolas Pepe in the 94th minute of the match.

This victory puts Arsenal in the race for a place in Europe, although it will not depend much on Arsenal but on the performance of West Ham, Everton and Tottenham, which teams have 59 points each and if they win in the last matches move on to European competitions, but West Ham and Tottenham have the best chances.