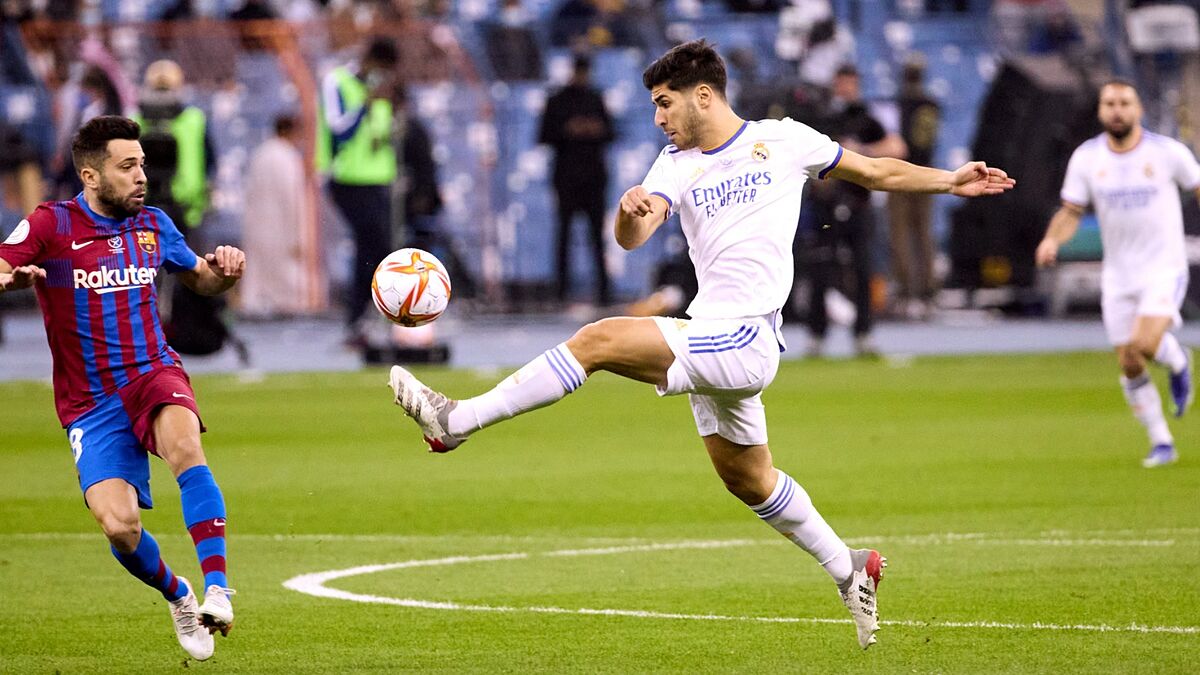 Asensio is injured, he is expected to be absent for a few weeks

Marco Asensio suffered an injury against Barcelona in the semi-final of the Spanish Super Cup, and while the final medical tests have not yet been completed, he fears the Spanish player will be out for two to three weeks.

This absence comes at the worst possible moment for the Real Madrid star, who had just regularly entered Carlo Ancelotti’s starting line-up, showing the potential that was so clear when he first arrived in the Spanish capital.

The Los Blancos medical team has estimated that the absence period of two to three weeks will be confirmed after an MRI scan is completed, and this will happen on Tuesday.

Asensio was actually playing well against Barcelona in Saudi Arabia, but even the best-case scenario sees him miss the club’s next two games.

The Spaniard had scored seven goals in 23 games this season, and while he could return to theory for the match against Granada on February 6, Los Merengues will not risk anything at all with PSG’s Champions League match being played on February 15.