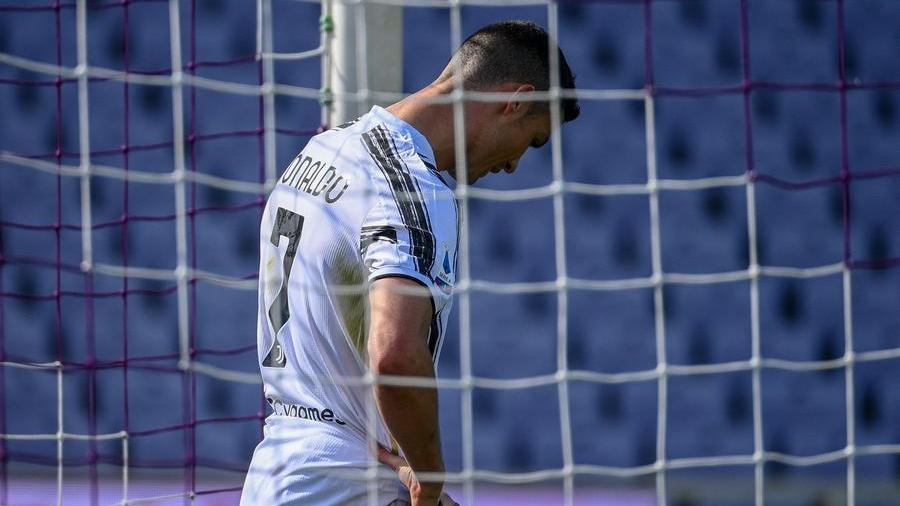 Italian media for Ronaldo: He looks like a ghost on the field, Ronaldo are you there?

Cristiano Ronaldo’s current form has become a cause for concern in Italy. The anger of the Portuguese striker after the matches and the position of Juventus in the Serie A table and Ronaldo’s poor form in front of the gate have become a topic of debate in the Italian media.

Ronaldo has three games without scoring, and has not found the net since the game against Napoli on April 7. Since then, he has been surrounded only by bad feelings.

He is experiencing the weakest performance in front of the gate since his first season in Serie A. At the time, Ronaldo had missed six games due to an injury and had never made more than six games without a goal.

“The team is debauched, without style, without spirit, and Cristiano is like a ghost on the pitch.” Corriere dell Sera wrote on Monday, adding that the former Real Madrid striker seems almost uninterested in playing.

In the 84th minute in the 1: 1 draw with Fiorentina on Sunday, Ronaldo was not able to put the ball into the empty net from close range, after a beautiful cross by Dejan Kulusevski.

Once again, Ronaldo did not appear at all for Juventus and left Florence without making even a single kick in the goalpost.