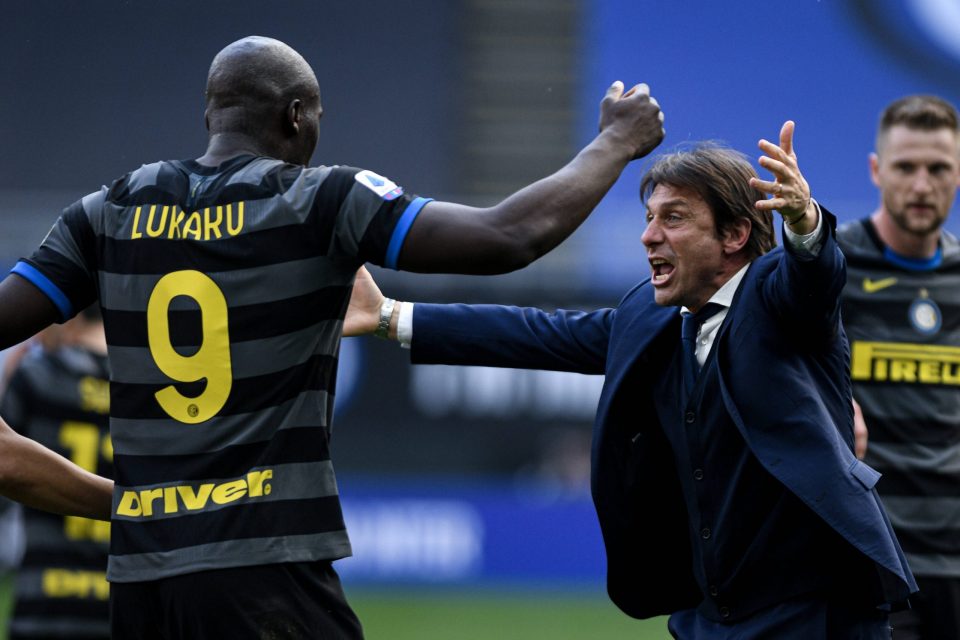 Conte will continue to be Inter coach even after the triumph in Serie A, according to Lukaku.

After the triumph, there are rumors that Antonio Conte will leave to enjoy another adventure.

However, striker Romelu Lukaku does not believe this will happen.

For the former Manchester United and Chelsea striker, Conte is a special coach and the man for whom he decided to transfer to Serie A at Inter.

In an interview with “Corriere della Sera” he said: “There is no stronger coach than Conte”.

“He immediately convinced me to accept Inter’s offer. As soon as I signed the contract I sent him a message, where I wrote: I am coming. I have always dreamed of playing with Inter in Serie A, I managed to achieve it.”

“Will Conte leave Inter? No, I do not believe it at all, I think it will not happen,” he added.

“He feels good at Inter and is certainly satisfied. There is a team that follows him, all the players are made available to the coach, in training and in matches. We have everything to start a new cycle.”

With Conte, Lukaku has been a killer in front of the opponents gate.

The 27-year-old counts 61 goals in 92 appearances so far with Inter.