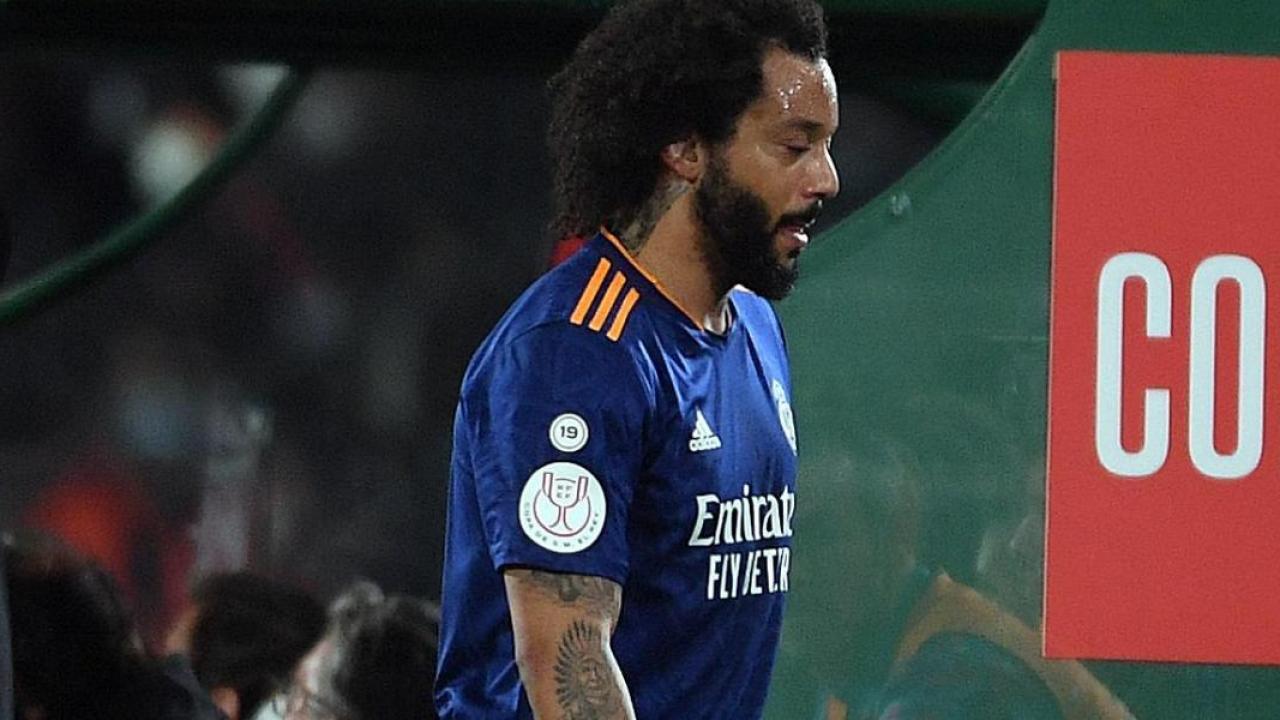 The final moments of last night’s duel at Martinez Valero brought a red card to Marcelo for an entry where he obstructed a notable scoring opportunity.

The decision that was protested by the Brazilian who will be penalized even more after he addressed the referee with inappropriate words according to the minutes:

“In the 102nd minute, player (12) Vieira Da Silva Junior, Marcelo, was sent off for the following reasons: Crashing an opponent and thus preventing a visible opportunity to score a goal. After he was expelled, he addressed me with these words. “You are so bad.”

In the absence of the Competition Committee decision, which should be known this Friday, the Brazilian is exposed to two-three suspension matches.

An appointment is safe from the card. Now the question is to know how the disciplinary body will consider the Brazilian’s reaction to the Andalusian referee.

If he interprets it as a clear contempt of the party to the figure of the arbitrator, then he is exposed to at least two other matches under Article 117 of the Disciplinary Code and which reads as follows: “Direction to referees, directors or sports authorities in terms or with attitudes of contempt or disregard as long as the action does not constitute a more serious offense, shall be sanctioned with a suspension of two to three matches or for a period of up to one month. ”

Being the first time and without a record, it is normal to have at least two matches which, adding to the next match for exclusion, means three sanctioning matches. In that case, Marcelo would miss the next two league games against Elche and Granada, as well as the Copa del Rey quarter-final.

But it is possible that the reaction of the Madrilenians is considered as behavior contrary to the sports order. This would put us in Article 122, which literally states that “Those whose conduct is contrary to good sports order, will be punished with a suspension of up to four matches or a fine of up to 602 euros when classified as minor.” .

And in case of application of this article, since there is no precedent, the Brazilian would be punished with the minimum sentence. This means that it would be just one match that, added to the exception, would mean a total of two away matches. In this case, Marcelo would not be in the League against Elche and the quarterfinal duel. In either case, whether it be three or two games, they are easy sanctions that start to be met from the moment of placement.