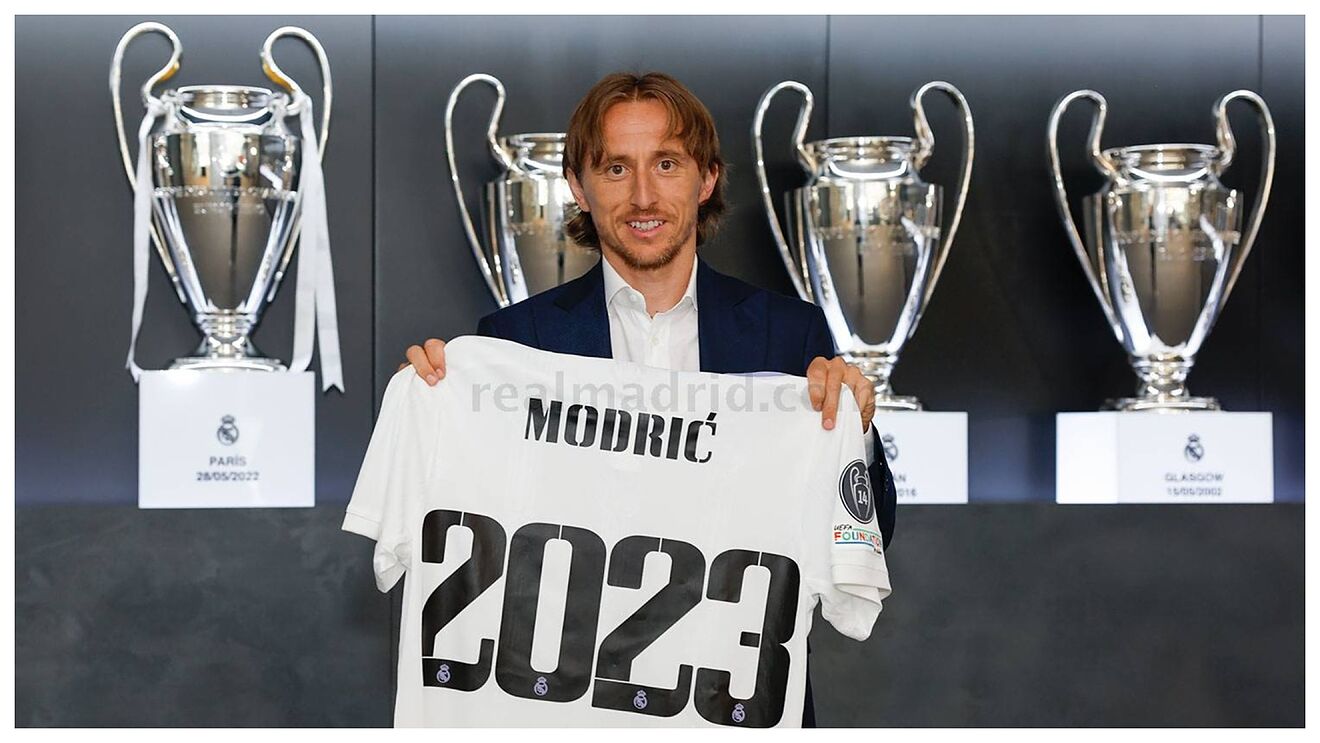 Spanish club, Real Madrid has renewed for another year the contract of the Croatian star, Luka Modric.

Modric would be out of contract at the end of this month and was expected to leave the Santiago Bernabeu after turning 36 years old.

But his good performances this season that resulted in winning trophies in La Liga and the Champions League have convinced Real Madrid.

Today, the royal club has confirmed through official websites that it has renewed Modric’s contract for another year.

“Real Madrid CF and Luka Modric have reached an agreement to extend the player’s contract until June 30, 2023,” the statement said.

Otherwise, Modric has played a full 10 seasons with Real Madrid, of which 436 games, where he scored 31 goals and donated 73 assists.