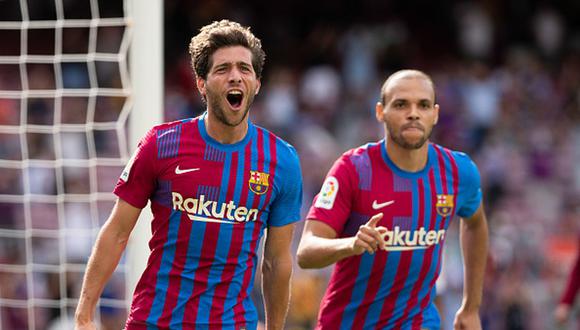 Barcelona has officially announced that it has reached an agreement for the one-year contract renewal with midfielder Sergi Roberto.

Roberto was in the final days of his contract with the club from Camp Nou, but will remain there for at least another year.

It is the official website of the Catalan club that announced today (Friday) the day it reached an agreement with the player to renew the contract.

“FC Barcelona and player Sergi Roberto have reached an agreement to extend his contract until June 30, 2023.”

“The player purchase clause will be 400 million euros”, it is said in the announcement of Barcelona on the official website.

In 316 official appearances, the Spaniard has scored 12 goals and provided 37 assists.

Since 2018 he has been one of the four first team captains following the departure of Javier Mascherano.