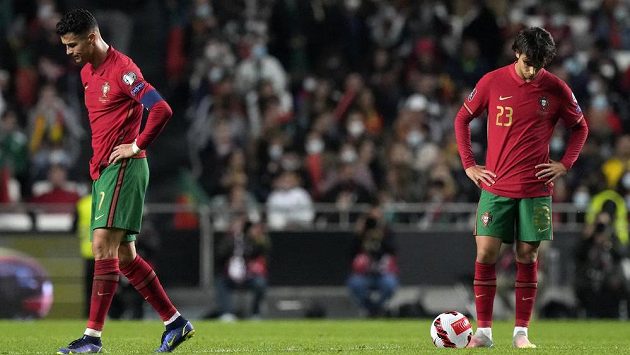 Serbia beats Portugal and secures participation in the World Cup

Serbia defeated Portugal 2-1 in Lisbon, securing participation in the 2022 World Cup on Sunday.

Serbia traveled to Lisbon aware that a victory would win Group A and consequently secure a place in Qatar 2022.

The Serbian national team won the Group by collecting 20 points from eight matches, while Portugal remained second with 17 points.

The Portuguese, led by Cristiano Ronaldo, will seek a place in the World Cup through the play-offs.

Reanto Sanches put Portugal ahead after just two minutes of play and it seemed as if the former European champions had already sealed their qualification, knowing that a draw was enough.

After many attempts, Dusan Tadic equalized the score for Serbia in the 33rd minute, when he scored with a shot about 18 meters away.

Alexander Mitrovic broke the legs of the Portuguese and led Serbia to the World Cup with a goal in the 90th minute, assisted by Tadic.

Meanwhile, Spain also secured the qualification after beating Sweden in the duel for the first place in Group B.

Alvaro Morata scored the winning goal for Spain in the 90th minute to end the dilemma.

The draw was enough for Spain to win Group B. Sweden will play in the play-off from second place.