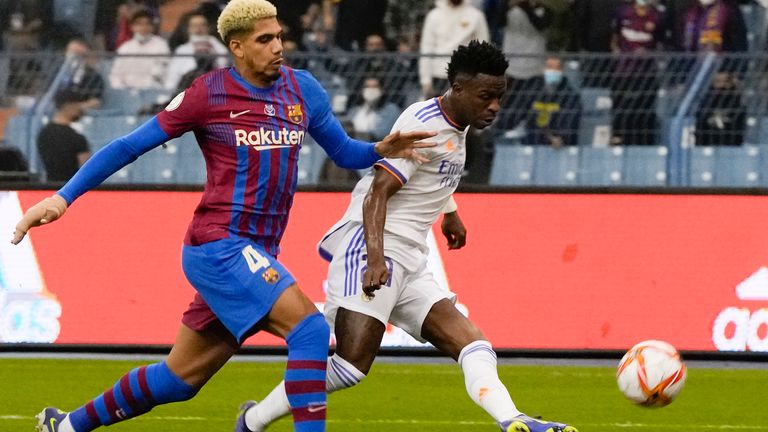 The match between Barcelona and Real Madrid at the King Fahd Stadium in Riyadh in Saudi Arabia is over. The regular 90 minutes of this match ended in a 2-2 draw. Vinicous Jr (25) and Karim Benzema (72) scored for Real Madrid while for Barcelona scored Luuk de Jong (41) and Ansu Fati (83). The match went with two additions from 15 minutes when Real Madrid qualifies for the final with Valverde’s goal in the 98th minute

Goals, turnarounds, the debut of a young player like Ferran Torres, Benzema’s powerful play and the high form of Vinicous Jr. we have seen in this El Clasico that took place in Ryiadh, Saudi Arabia.

Barcelona was more demanding in the first minutes of this match but Real Madrid came to score the first goal.

A mistake in the midfield of Busquets makes Benzema take advantage who pushed the ball forward for the fast Vinicous Jr, where he scores in the 25th minute of the match.

After the goal Barcelona was more demanding.

The equalizer would come after an error again in the defense of Real Madrid from which error would benefit striker Luuk de Jong to score in the 41st minute.