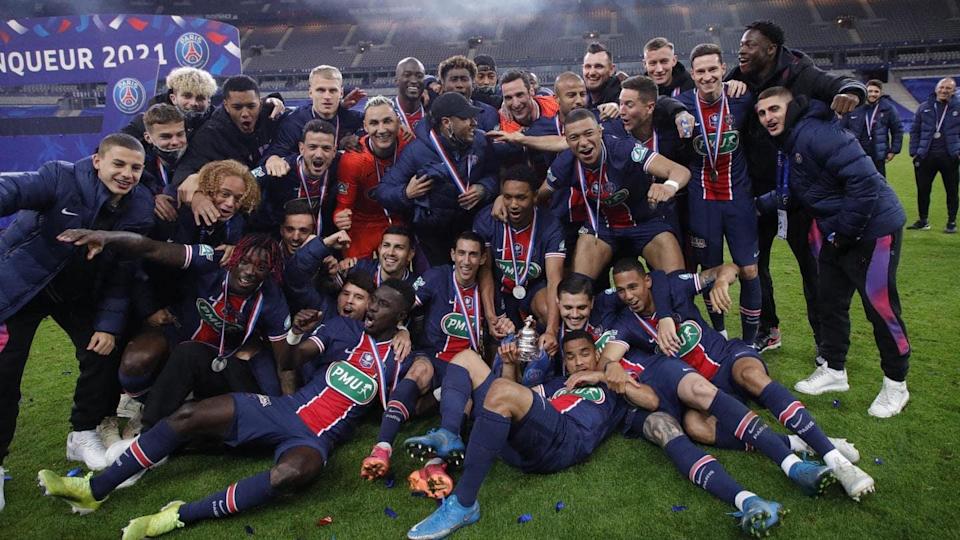 PSG has adorned their showcase with a trophy after beating AS Monaco 0-2. Goals for Paris Saint-Germain were scored by Mauro Icardi and Kylian Mbappe. PSG could be crowned French champions at the weekend if Lille lose to Angers on May 23 in Ligue 1.

Paris Saint-Germain did not miss the opportunity and defeated AS Monaco 0-2 in the French Cup. The match started very balanced with AS Monaco having the first chances to score in this match.

However, PSG starts to control the match from the 10th minute until the 19th minute comes the first goal. Kylian Mbappe miraculously found former Inter striker Mauro Icardi in the area who did not find it difficult to score the first goal. The first half ended with this close result.

In the second half AS Monaco insisted on coming to the equalizer while PSG continued to come out ahead through counterattacks. And this rewarded the reigning champions of France, since in the 81st minute after a quick counterattack by them, Di Maria miraculously finds Mbappe in the area where the latter scores a beautiful goal that brings PSG the Cup of France.

PSG could also lift a trophy on Sunday, that of the French champions, in case Lille loses the last game in Ligue 1 against Angers. PSG in the last round of Ligue 1 will play against Brest as guests.