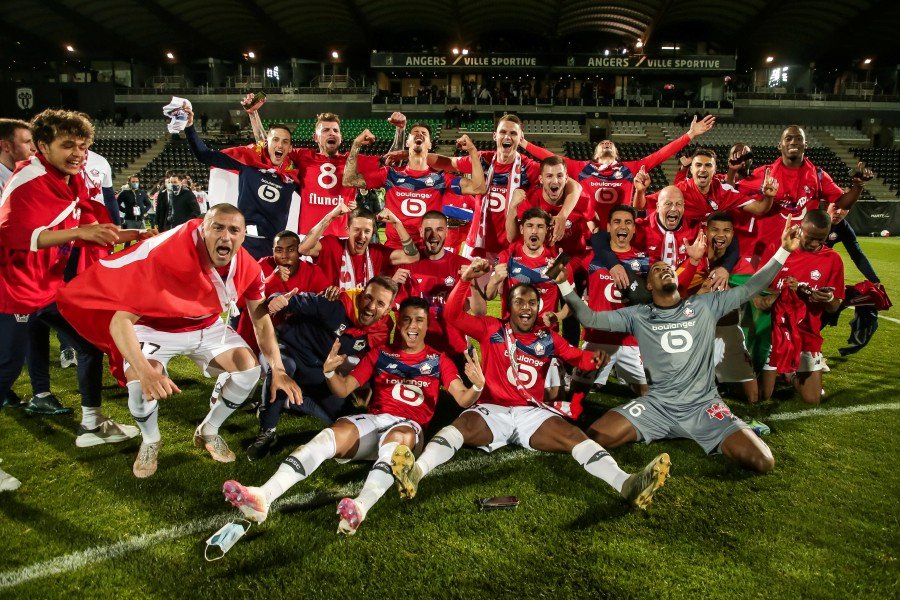 Lille champion of France for the fourth time

Lille won the Ligue 1 title on the final day of the 2020/21 season in France after beating Angers 2-1, ending Paris Saint-Germain’s dominance.

Jonathan David and Burak Yilmaz scored for the victory that secured the first title in the last 10 years to the Lille club, despite Angelo Fulgini’s late goal at the Angers on Sunday.

PSG beat Brest 2: 0 but have to come to terms with second place, as they are one point behind the already three-time French champions.

This is Lille’s fourth title in the history of the club and the first in the last 10 years.

Lyon and Marseille, from four and five places, respectively, will play in the Europa League.

Rennes will play in the qualifiers for the Europa Conference League.

Nimes and Bersant Celina Dijon have dropped out of Ligue 1. Nantes will play in the draw to stay in the league.

While Stade de Reims took the 14th place, saving them for a little drop from the league.