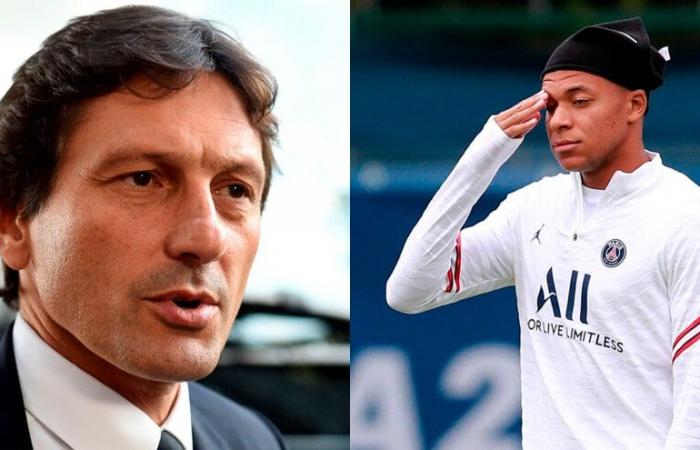 Paris Saint-Germain sporting director Leonardo has accused Real Madrid of what he said was illegal behavior in their attempts to buy Kylin Mbappe from the French giants.

Mbappe is Madrid’s main target in recent years and the Spanish giants made their first official offer for him on Tuesday, which was immediately turned down by PSG.

In an interview with RMC, Leonardo explained that Mbappe has informed the club that he wants to leave to join the dream club.

But he has expressed harshness with the way Madrid is trying to take the Frenchman.

“Real Madrid’s offer for Mbappe is one of their strategies to say that they made every effort to buy him and so on, and then wait a year and get it for free. Real Madrid has been doing this for two years, this is not okay, it is illegal because they have contacted the player himself”, said Leonardo.

He added: “It is unacceptable for us, because it is not right. This is their strategy, an offer seven days before the end of the transfer window and in the final year of the player’s contract. They want us to turn down their offers and say they did everything and then start talks for next year.”

PSG do not want to sell Mbappe, but Leonardo has insisted the club will not hold him against his will.